Do You Know Your State Flower and Tree?

What a delightful read! "The Official State Flowers and Trees Their Unique Stories" by Glynda Joy Nord was an extremely interesting history of our beloved flowers and trees that we often see, are studied in classrooms, and appear in government institutions. I had no idea what battles were fought in passing adoptions of some of these symbols. California's golden poppy, for instance, took 13 years to become the state flower! My favorite story, though, was about the bluebonnet, the great state of Texas' flower. It was chosen from a Comanche legend about the sacrifice of a Chief's daughter. You'll have to read the book to learn what happened. The sketches were renderings based on the author's granddaughter initial drawings, which added a personal touch to the book. I also enjoyed the author's humorous comments laced throughout the stories. It's a book I'll treasure! 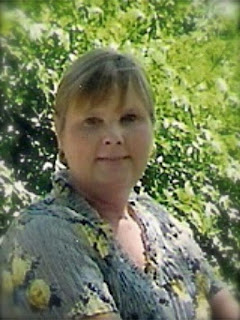 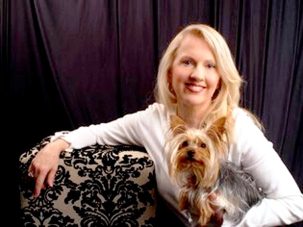 Posted by Nancy Jill Thames at 9:22 AM No comments: Links to this post 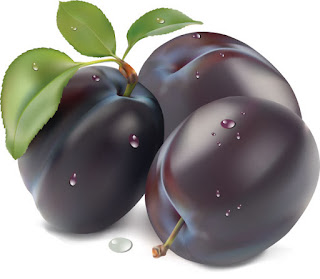 Oh, yum! As I passed through the produce section at Walmart the other day, I inhaled a whiff of purple plums. Not only did the scent of the sweet fruit engage my senses, but the childhood memory of the plum trees in our backyard also flashed in my mind.

There were two mature trees smack dab in the back of our yard, big enough to climb and hide in, and prolific in the amount of plums they bore each summer. Mom would make plum jam, which would last through the winter, and we never ran short of fresh fruit to eat. With a family of six, that's saying something.

Looking back at all the fun I had with my brothers and the neighbor kids, I realized the incredible importance child's play has on the development of the imagination. For instance, we'd overturn the Adirondack furniture on the lawn, scooting the  pieces together to make a fort, or even better, we'd make a pretend airplane which we would fly all over the place, taking off and landing in exotic places. Of course, we'd be munching on plums while we played, climbing up the trees for supply as needed.

During other times of play, our bikes became horses which we'd water in little red wagon troughs, then take on a cattle drive around the block, setting up camp in a vacant lot around the corner. Yes, we morphed into Spin and Marty from the Micky Mouse Club.

Sadly, we moved from that fun existence when I was in the 6th grade. By the time I was in the 8th grade, though, I had determined to be a yacht designer, an architect, or a foreign diplomat. I spent hours drawing boats, buildings, or reading about foreign lands, believing I could become anything I wanted to be.

It turns out after taking piano lessons, I wound up in music, playing the organ in church, and eventually leading a choir. But I never forgot the childhood ambitions. Now, I write murder mysteries where I can incorporate all the dreams of my youth, as well as experiences we've shared as a family. "Murder at the Empress Hotel" is a good example. The story is based on a summer vacation our family took, along with both sets of grandparents.

What about you? Did you have ambitions as a child that turned into reality? Or do you sometimes bite into some delicious food that reminds you of your past? It would be fun to hear about your experiences.

Posted by Nancy Jill Thames at 12:07 PM No comments: Links to this post

It began when we discovered a huge nest in one of our trees in the backyard built by a long-tailed grackle, which is in essence a big blackbird. The nest must have been a foot and a half in diameter, nestled 20 feet up in the tree.
Their squawking was annoying but that was not the worst of it.
A young sparrow ventured too close to the nest and was brutally attacked by a female grackle,  while its mother watched helplessly. The blackbird viciously pecked the small bird's eyes out, and then five or six of them went for its face. My husband's righteous indignation grew to the point that he was ready to go to Walmart and buy a shotgun to blast the venomous creatures. He tried shooing the grackles away, but it was too late. The poor little sparrow just sat there on the ground with no face.
If that wasn't bad enough, the female blackbird was now empowered to call a bunch of her  group to settle in our trees to form a community.
After the vicious attack, we weren't going to let that happen.
We wanted our robin and mockingbird families back with their sweet songs, and so the Bird Wars began.
Whenever the blackbirds attempted to land in our trees, I'd run outside shooing them away by waving a dish towel, and yelling, "Go away, get out of here. Shoo!" I'd yell and scream at them until they would finally take the hint and fly into a different yard.
My husband took a different tactic by attaching an extension handle onto the hose creating a powerful water canon to discourage them away.
That worked well until the hose sprung a leak and the water turned to a trickle.
Finally, when we asked our gardener to remove the nest, he scurried up the tree and knocked it down.
The birds were not discouraged. Not wanting to give up the place they'd chosen to nest, their numbers increased.
We keep chasing them away whenever they fly into our trees.
My husband will buy a new hose, and keep spraying them.
For now, the blackbirds seem to understand the message that they're  unwanted, and other birds are returning to our yard.
We'll see if we won the war now that we've been gone a few days.
Who knows? Maybe they will only have moved to the front yard.
Do any of you have tips for getting rid of unwanted blackbirds? We'd love to say, "Quoth the grackles, never more."

Posted by Nancy Jill Thames at 10:38 AM 2 comments: Links to this post